Every year, local businesses across the Treasure Valley show appreciation to veterans with coupon discounts and free offers for a variety of goods and services. Last year, KTVB.com posted a list of freebies and discounts for categories like food & beverage, personal care, recreation & entertainment, retail store merchandise, and vehicle services such as car washes and oil changes.

Garry’s Automotive on Cole Rd. in Boise has been providing veterans with free oil change service on Veterans Day since 2005. Last year on November 11th, founding owners Garry and Jerilyn Plimmer worked alongside their employees contributing time, energy, and tasty refreshments to go with the free oil change service made available to local veterans who scheduled appointments in advance of the event as well as some drop-ins when shop space allowed.

During the 2016 event, then service manager Jarod Schofield and shop foreman John Bryant kept the operation running smoothly. They provided guidance and support to the five ASE certified technicians working in the shop and four Service Advisors and assistants worked the front office.

In addition, there were seven College of Southern Idaho automotive program students who assisted with oil change services on around 60 vehicles of veterans. Even some volunteer veterans helped move vehicles in and out of the shop to keep things rolling along. Thanks to the efforts of all, 2016’s event was a success in showing support for veterans and their families who participated.

And for the community at large, the Idaho Military Vehicle Preservation Association provided several vehicles for display along with personnel to educate visitors about the jeeps and trucks used by veterans during wartime service.

NAPA AUTO PARTS was there with its “Get Back and Give Back” Campaign supporting the Intrepid Fallen Heroes Fund (IFHF), a “not-for-profit” organization that serves United States military personnel wounded or injured in service to our nation. In addition to donating oil change parts and employee volunteers to keep technicians supplied, NAPA also provided each veteran who received an oil change service with a “We Believe in Heroes” wristband and a IFHF commemorative key chain.
Local Companies Donate to Veteran’s Day Give Away

Some prominent local companies who donated products or services in support of the activities at last year’s event were:

Upon completion of the free oil change service, Garry’s Automotive offered a salute to each veteran with a letter of gratitude for their service and a heartfelt request that God would bless our troops and America! An estimated 30 volunteers lent a hand to the success of that event.

With the retirement of Garry and Jerilyn, the Garry’s Automotive baton has been passed to new co-owners, John Bryant and Jarod Schofield who plan to carry on the tradition in like fashion. On November 6th, they will start taking a designated number of oil change service appointments for local veterans. This year’s event is scheduled for November 10th, when Veteran’s Day will be officially observed.

Hopefully, even more Treasure Valley businesses will join Garry’s in making Veteran’s Day, 2017, a demonstration of giving back to our troops and their families for all they’ve given to their country.

If you are a customer of Garry’s Automotive and would be willing to talk with me about the possibility of doing an interview about your experiences with Garry’s please email me Dave@AutoShopConnection.com 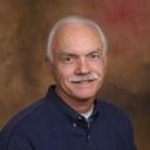 As an auto repair advocate, I’m on a mission to facilitate improved delivery of auto repair services by the auto repair industry. This mission includes helping auto owners learn how to find and work with the best automotive service and repair shops in their communities.Since 1997, my passion has led me to offer training and consulting services to automotive repair shop owners and their employees. In 2010 I added developing and optimizing websites to help repair shops brand and market their business. 2017 marks the addition of the Auto Shop Connection and Auto Owner Story podcasts and websites, along with the Dave Eastman blog.I’ve lived in the Boise Idaho area since 1980 with a few short stays away from Boise. In 1984 I married Jan, a Boise Idaho native. We have four children and eight grand children.