Your first vehicle might have been a real peach! Mine, a 1954 Ford ½ ton pick-up truck, definitely was NOT! It had faded green paint, a driver’s door that frequently flew open while driving, and a worn-out engine.

In 1967, while working part-time at the Shell Gas Station near my home in Oak View, CA, I bought the 1954 Ford truck from my uncle. I paid cash for it, $225 hard-earned dollars. My uncle never came around much, but it seemed like I saw him even less after I bought his truck. It was in bad shape with problems I didn’t have enough mechanical ability to fix let alone understand what the underlying cause of the problems were.

The truck, powered by a 6-cylinder engine with a 2 speed automatic transmission looked like it was in bad shape too. The faded paint was originally a light green color, but by the time I got it, the black primer coat was showing over most of the hood, fenders, and roof. The rest of the body was covered with small dents and scratches. It was a work truck, and a truck in need of work.

I said the engine was worn-out, based on what I now know of engines, things I didn’t know back then. I don’t remember how many miles the engine had on it, but I’m sure it was a lot. The major problem I had with the truck was that I never knew if it was going to start. Frequently it would crank over but not start. More times than I care to remember I would crank it without success giving it time to rest in between until the batteries were dead.

Yes, I said batteries. It had two 6-volt batteries. I remember replacing the batteries and the starter, hoping it would solve my problem. It didn’t. As I look back, I believe the engine’s piston rings and valves where so worn that the engine couldn’t create enough vacuum to pull fuel out of the carburetor, thereby causing it to crank but not start.

After the batteries were exhausted from multiple failed attempts to start it, I would call my mom to come give me a jump-start. That was the only way I got it home more times than I can count.

Here’s my thinking about the engine and why it always started with a jump from my mom. Her car always had 12-volt batteries. I know you weren’t supposed to jump a 6-volt with a 12-volt system, but as long as you where careful it seemed to work without harming anything. But what it did was crank the engine over quicker, and it would always start immediately. I believe this illustrates that faster crank speeds allowed the engine to make enough vacuum to pull fuel out of the carburetor and start the engine.

I know this is a little technical but some of you might have been interested in the details. And for those technical people who are wondering, I had replaced the manual choke cable and choke mechanism on the carburetor. I knew the choke was working fine.

As I said, I never knew when the thing would start. My mom frequently had to drive to my high school parking lot after football practice to give me a jump. That was more than 30 miles round trip. If I had known the engine was that bad when I bought it, I could have had it rebuilt or replaced. I just didn’t have a clue!

One exciting feature the truck had was a driver’s door that was very hard to get latched. It was easy to get partly latched, but to get the door closed and fully latched was very hard. I would never know when a slight bump would cause the latch to let go and the door swing open. It got exciting driving with one hand while holding onto the door so it didn’t fly open. I tried several times to fix it, but I think the latch was just worn out. It was a good thing the truck had an automatic transmission. It would have been hard to hold the door, steer, and shift at the same time.

I do remember having some good times with the truck. My brother-in-law had a very heavy Corvair dune buggy and an equally heavy drive-on trailer. He wanted me to haul them over the summit of a mountain range behind Ojai, Ca. We loaded up, took off, and I had no idea if we would make it! We made it to the top without overheating after a long, slow drive. After the fun we had driving the buggy around on the summit, I was equally concerned about my brakes holding out on the long downhill grade. I kept it in a low gear, took it slowly, and we got to the bottom without a problem.

I don’t remember selling the truck. For a first vehicle, it was pretty rough, but I survived and learned a lot in the process for the year I owned it.

After the truck, I upgraded to a red, two-door Corvair Monza coupe. The body was extra clean. It just needed tires and new carpet in the cab. I bought new carpet from the local Chevrolet dealership and installed it myself.

Unlike my first ride, this one started and ran well. It had a 4-speed manual transmission that was fun to drive. I kept it for around two years before I bought my 3rd vehicle, a 1968 Chevrolet Camaro. I found it on a car lot in Thousand Oaks, CA. This set of wheels took me clear across the country, from California’s Pacific coast to North Carolina’s Atlantic coast, but that will have to be another story.

Think back to one of your first vehicles? I’m sure you can recall some fun, funny, or frustrating times you had with it. If reading the memories I have of my first vehicles has caused you to harken back to some memories of your own, I hope you’ll contact me to share your story with the readers. I’d love to have you share your thoughts or comments about this story by submitting them below.

Notice there is a voting function in our comments also. This lets you share your thumbs up or down opinion about the story with just a click.

This post remains on this website but the podcast of My First Vehicle is on the Auto Owner Story (AOS) website and podcast. The reason for the change is that the AOS site came later and will have those type of stories. 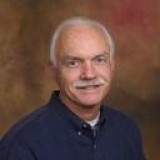 As an auto repair advocate, I’m on a mission to facilitate improved delivery of auto repair services by the auto repair industry. This mission includes helping auto owners learn how to find and work with the best automotive service and repair shops in their communities.

Since 1997, my passion has led me to offer training and consulting services to automotive repair shop owners and their employees. In 2010 I added developing and optimizing websites to help repair shops brand and market their business. 2017 marks the addition of the Auto Shop Connection and Auto Owner Story podcasts and websites, along with the Dave Eastman blog.

I’ve lived in the Boise Idaho area since 1980 with a few short stays away from Boise. In 1984 I married Jan, a Boise Idaho native. We have four children and eight grand children.

[…] This article was originally posted on the Auto Shop Connection website. Later I decided to create this site to share automotive stories. So the podcast episode is here but if you want to read the full story go to the article here. […]